Waste not, want not

With rising consumer awareness, it has becoming increasingly popular for developers to market their Green credentials and highlight sustainable development features of their projects.

This has created a positive cycle: promotional and marketing activities educate consumers, while the public become more environmentally conscious and aware of their options.

For a development the size of TRX in a dense urban area like KL city centre, new ways are needed to ensure conservation remains a priority. One plus point is that conservation can be done at the district-wide level.

For instance, TRX will have an on-site water recycling center – the first of its kind in the region.

The on-site plant can remove over 95% of the pollutants, with a peak capacity to treat 553m3 waste per hour -- equivalent to treating an average person’s annual waste in 9 minutes.

This can potentially reduce fresh water demand for TRX by half.

The water recycling plant is going to be three times smaller than conventional water treatment plant, and designed to blend well with the district façade. It operates under negative pressure and use an odour removing technology that eliminates foul smell.

Recycled water produced by the plant will be channeled back to be used for purposes other than drinking and cooking, mainly for toilet flushing, cleaning and landscaping upkeep. 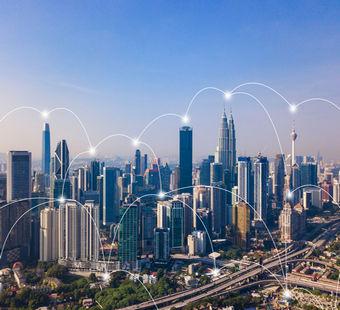