It’s easy to get caught up in the hustle and bustle of urban life, and forget that our nation’s capital has a plethora of attractions. What’s more, you can rediscover many of Kuala Lumpur’s treasures FOR FREE by hopping on the GoKL city bus.

Since its inception in 2012, these buses have proven popular with tourists and locals alike, useful for both sightseeing and daily commutes. This is due not only to the service being free, but also its extensive routes and convenient operating times. The GoKL city bus comes every 5 to 10 minutes, and runs from 6am to 11pm on weekdays, extending to 1am on Fridays, Saturdays and Sundays.

Previously painted pink, the move to electric vehicles has ushered in a new metallic green look to match the sustainable ethos. Air conditioning and free WiFi can also be enjoyed onboard.

So whether you want calming green spaces, gastronomic delights, historical landmarks or shopping sprees, this cheery green chariot will take you there!

As dawn breaks over the concrete jungle, get on the red route and meander along the length of Jalan Tuanku Abdul Rahman (TAR), into the heart of Chow Kit, for a breakfast of champions.

Hop off at Bazaar Baru Chow Kit and stroll down the narrow lanes with stalls selling all manner of breakfast offerings, from a huge range of kuih to classic roti canai and chicken rice. There’s also lots of authentic Javanese cuisine, like bakso, ayam penyet, soto and lontong.

Further along, there are also Pakistani restaurants with delectable kebabs, briyani and flat breads. Or go for some KL food legends, such as the famous chili pan mee from Restoran Kin Restoring, or nasi kandar from Naseem or Kudu. Finish off with Jahbau Cendol Pulut Durian, a must-have for durian lovers.

Alternatively, if you’re feeling fancy, you can get off the bus at The Chow Kit hotel, namechecked by the New York Times in 52 Places to go in 2020. The East meets West, old-world meets contemporary décor, is a glamourous setting for you to enjoy updated Malaysian favourites prepared by their kitchen, rated by CNN as among the 20 best new Asia Pacific restaurants.

Your bus ride through the area will also take you past Pasar Chow Kit, one of the few remaining traditional wet markets in the city centre, as well as the famed Jalan TAR garment district, where countless vendors lay out all manner of colourful fabrics and fashion.

Once you’re satiated from breakfast, enjoy the sights as you travel through the city soaking in its mesmerising architecture, including the Art Deco Coliseum cinema, the neoclassical Telecom Museum and the iconic Neo-Mughal majesty of the KL train station.

History buffs should jump off at the National Museum, with its distinctive traditional roof and modernist mural celebrating the cultural melting pot of Malaysia. Here you can trace the country’s story from prehistory to early civilisations, all the way to modern times.

Next up on the bus route is the National Mosque, a unique architectural treasure that is open to worshippers and visitors alike to enjoy the open-air, light-filled structure, topped by the famous blue roof, inspired by the traditional paper parasol.

If you want to stretch your legs further, just next door sits the award-winning Islamic Arts Museum, that covers Islamic aesthetics from across the Muslim world, including a unique Malay World gallery. Walk a bit further and the incomparable Perdana Botanical Gardens sprawls across 91 hectares of lush greenery, enveloping everything from a large lake, landscaped gardens, art and sculptures, planetarium, deer park, and even the world’s largest free-flight aviary of birds!

Back on the bus, and soon you’ll come to Dataran Merdeka, the site of the country’s birth. Enjoy the beauty of the Sultan Abdul Samad building and other colonial landmarks, including the Royal Selangor Club and the Cathedral of St Mary. Jump off here and nip into the Textile Museum, then amble across the River of Life promenade and cross over to another colonial-era beauty, Masjid Jamek, built on the confluence of the Klang and Gombak rivers, marking the location where Kuala Lumpur was founded.

Cross the street, walk across Market Square and just ahead you’ll spy the iconic light blue Art Deco façade of Central Market, also known as Pasar Seni. From its beginnings in 1888 as the locus of trade in the city, Central Market is now a cultural hub, hosting regular performances and fairs, amidst hundreds of permanent shops and kiosks, selling handicraft, batik, souvenirs and antiques.

Central Market also marks the beginning of the bus’ purple line that will take you to the KL Forest Eco Park (also known as Bukit Nanas), one of the oldest permanent forest reserves in Malaysia. Uniquely, it is also right smack in the middle of the city.

Keep going, and you’ll end up at KL Tower, the only tower in the world located within a forest! This 421-metre telecom tower soars above the trees and provides arguably the best views of the KL skyline, via its wraparound Observation Deck.

After all that exploring, it’s time to treat yourself! The bus continues on to Pavilion shopping centre and Starhill Gallery, so you can enjoy the best of luxury shopping. But make sure you’re not too overloaded with bags, because the day is not over yet.

Next stop from Pavilion, via the green line, is KLCC and the PETRONAS Twin Towers, undisputed symbol of modern Kuala Lumpur. Arriving in the evening allows you to enjoy the lush KLCC park in comfort, experience the musical light and water show at the lake, and snap cool photos of the twin towers all lit up.

As your day ends, be assured that there’s still so much more to enjoy via the free GoKL city bus, including the nightlife of Bukit Bintang, the cultural shows at Istana Budaya and the heritage and food of Brickfields and Kampung Baru. 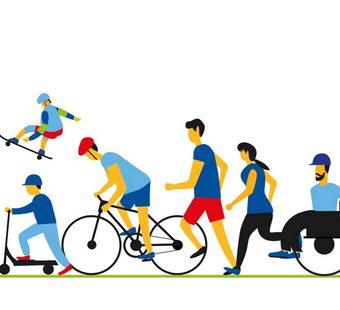 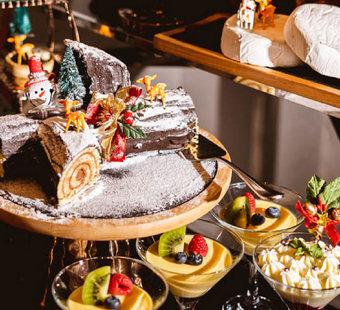 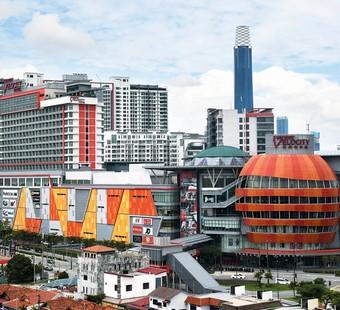 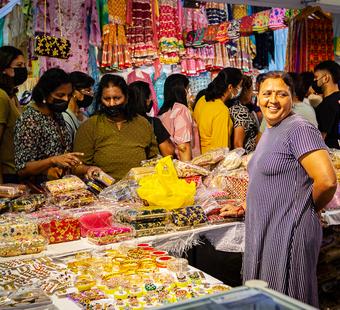