However, Kuala Lumpur (KL) has long suffered from a piecemeal approach to public transport that neglects the user experience.

This included missing out key pieces of the puzzle such as easy interchanges between transport lines.

For instance, it took 12 years for Masjid Jamek station to become a seamless interchange hub with a single ticketing system and covered pedestrian connections, which was only achieved in 2011.

For over a decade, a traveller would have to tap out, walk across busy city streets such as Jalan Tun Perak, in the hot sun or rain, and purchase a separate ticket in order to switch from the Kelana Jaya and Ampang lines of the Light Rail Transit (LRT) system.

This problem of connection between KL Sentral monorail and LRT station took 11 years to solve. Eventually, the Nu Sentral mall – bridged the 400 meters gap – added an elevated walkway to the monorail station.

Then there is what has been dubbed the “last mile” problem. This describes the final stage of a door-to-door journey.

Although a user’s home or workplace may only be a mile away from a station, but if this distance is not easily traversed, many busy urbanites will choose to remain as car drivers rather than switch to public transport, especially given the tropical climate of KL.

These problems were acknowledged in the earliest stages of planning for the Mass Rapid Transit (MRT) system.

As far back as 2010 when the MRT was being designed, the Land Public Transport Commission (SPAD) was taking proactive steps to anticipate the ways that the MRT could integrate both new and existing systems into a more seamless commuting experience.

Ticketing systems are going through a process of standardisation across lines and networks with the MyRapid Touch N’ Go cards. The comprehensive system is expected to be fully operational by 2019 with an all-in-one card for all public transport services, known as the Integrated Cashless Paying System (ICPS).

To complement this, the government launched unlimited travel passes, known as My100 and My50, in a move to reduce the cost of public transport for urban dwellers.

"We want as many Malaysians to use the park-and-ride facilities. These unlimited travel passes on Prasarana's bus and train services within Klang Valley is not limited to low income groups," said Transport Minister Anthony Loke Siew Fook at the launch in December.

MRT roll-out a win for integration

With the Sungai Buloh – Kajang line fully operational as of 2017, the user experience has improved vastly.

New LRT stations are complementing the work done with the MRT, and have been designed to function as the focus for more transit-oriented developments (TOD) such as Ara Damansara and Kwasa Damansara.

One of the best examples of integration between older public transport lines and the newer MRT systems can be seen in and around the boundary of Pudu and Cheras.

The Ampang line of the LRT has long connected the city centre to Cheras, but with the addition of the MRT line integrated with accompanying shopping malls, the connections have become even more comfortable to navigate on foot.

For instance, Maluri station is now serviced by both the LRT and MRT lines, and linked to Sunway Velocity Mall via a covered walkway.

Users can then simply ride one stop from Maluri to Cochrane and access the IKEA and MyTOWN shopping centre via an underground walkway from the station.

Instead of just being satisfied with this connection, planners have gone further. Maluri station is now fully connected all the way to IKEA via a network of walkways - on ground level, underground and elevated - through Sunway Velocity Mall and directly to IKEA and MyTOWN.

There is even a buggy service for those with mobility issues between malls on an elevated walkway that is beautifully landscaped and lined with alfresco dining.

“I come to IKEA from Chan Sow Lin where I live, and it is actually not quite worth it to change onto the MRT system at Maluri to go just one stop,” says regular commuter Ani Ahmad.

“Instead, I choose the pedestrian network between Maluri all the way to IKEA. It’s a pleasant walk, it saves money and takes about the same amount of time. Sometimes I even stop by in one of the alfresco cafes between malls,” she adds.

This continued integration is expected to ramp up as the second MRT line covering Sungai Buloh–Serdang–Putrajaya begins operations in 2021. 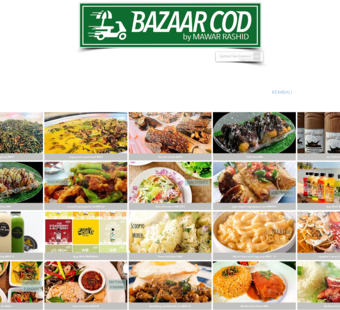