Debal Curry a Kristang Must Have

For Malaysia’s Kristang community, Christmas celebrations are very much a religious affair. However, it has also become a way to showcase their unique and distinctive cultural identity.

“Unlike in Hollywood movies, Christmas morning is not as important for us. Our celebrations with the family start from Christmas Eve itself,” 30-something Kristang Conrad Bateman explains.

Most years, Conrad will travel from KL, where he lives, to his ancestral home in Melaka for the festive season. The communications professional has many family members still in Melaka’s Portuguese Settlement, home to over 400 Kristang families since the 1930s.

“My family gathers at my uncle's home in Bandar Hilir, where my grandmother resides, and we spend the day preparing for a feast which we will hungrily devour right after Christmas Midnight Mass,” he says.

However, Conrad has also celebrated Christmas in Cheras, with friends and family that are closer to hand. Many of the Klang Valley’s sizeable Kristang community emigrated from Melaka either for jobs or family ties and brought along the community’s Christmas traditions with them.

Conrad is no different: “Sometimes we would bring my grandmother over to KL and celebrate Christmas here. My aunt and mother will assist her and my uncle, who is a sous chef, to prepare the food. The rest of us help out whenever it is needed.

“By 10 pm, we would head out to the Church of The Sacred Heart of Jesus in Maluri for the Midnight Mass. After that, we wish everyone at the church a ‘Merry Christmas’ and make our way home to begin feasting and, of course, opening our Christmas presents.”

The Kristangs, otherwise known as ‘Serani’ ‘Portuguese-Eurasians’ or ‘Malacca Portuguese’, are a creole ethnic group of mixed Portuguese and Malaccan descent. Besides Portuguese, they have strong Dutch, British, Malay, Chinese and Indian heritage.

As most members of the Kristang community are Roman Catholics, a significant portion of their religious practices mirror those of co-religionists in Europe. However, centuries of integration in Malaysia have resulted in their own special Christmas food, music and dance traditions. These include the debal, or devil curry, and sugee cakes, as well as the branyok music and dance, which shares similarities with the Malay joget in sound and provenance, mixing western instruments and scales with traditional Malay and Indian orchestral styles.

While the Portuguese Settlement remains the historical heartland for Kristang Christmas celebrations, those living in Klang Valley have found ways to make Christmas in the capital city uniquely their own. Besides the Church of the Sacred Heart of Jesus, other Roman Catholic churches such as the Church of Our Lady of Fatima in Brickfields and the St. Francis Xavier's Church, Petaling Jaya are popular destinations for Kristangs who wish to observe the midnight and Christmas day masses.

At these Churches, Kristang families will join fellow Catholics of different races to interact and socialise as a religious community. Kristangs in the Klang Valley, just as in Melaka’s Portuguese Settlement, also join in the quintessential Malaysian activity of hosting a festive Open House for friends and family of all races and religions.

Such is the case for Desiree Lynn Fanvell, whose family uses this time of the year to strengthen their bonds with the Kristang community living in Kuala Lumpur, while introducing friends and families of different races to the delights of Kristang foods.

“Christmas is all about the food for us. We start as early as 12am on Christmas Eve with fruit cake and wine, right after Midnight Mass,” Desiree Ann shares.

“The devil curry, pongteh chicken and acar pesi (or pickled fish) are must-haves at our family home for Christmas lunch. This is something that our KL friends and family look forward to as well,” continues the Business Strategy & Development Manager.

For Marie De Cruz, living in the United States where she enjoyed a different kind of Christmas to the one she grew up with allowed her to combine both experiences into her own particular family celebration.

“My children grew up believing in Santa Claus and putting out milk and cookies for him on Christmas Eve in the US, even though Santa is not traditionally featured in the Kristang community,” the retired office secretary explains.

“Today, they have continued this tradition with their own children here in Kuala Lumpur, but with the Kristang dessert bolu koku (coconut cake), instead of cookies,” she says. 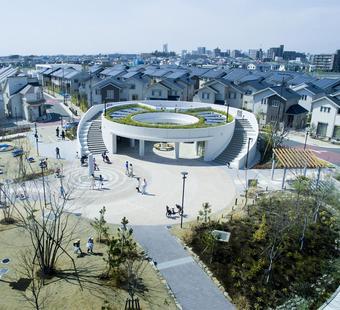 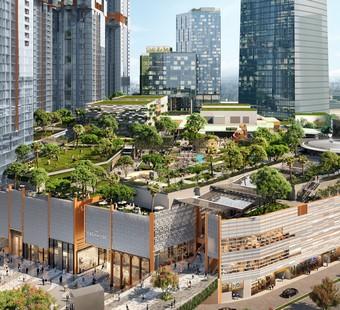