Dhanusa, a traditional Rohingya dish made from chickpeas, cucumber, crackers and rice

Ramadhan is a special time for Muslims, but for non-Malaysians living in KL, the fasting month can be bittersweet.

The sadness of being away from family and childhood rituals is tempered by the opportunity for new traditions and friendships forged far from home.

Although Indonesia is Malaysia’s closest neighbour, both culturally and geographically, there are still challenges to spending Ramadhan “di rantau”, the shared Malay phrase that means being away from home.

“I miss my favourites, each from my parents’ hometowns: empek-empek Palembang, a fishcake delicacy, and pisang rai, a traditional snack from Bali,” says Ayu, 27, who is married to a Malaysian.

This year, she organised a buka puasa (breaking fast) event with her ex-work colleagues at Dolly Dim Sum, a popular eatery offering halal Chinese cuisine, where unsurprisingly, Ayu’s favourite dish was fish cake, reminiscent of the empek-empek she so loved from back home.

British Pakistanis Momtrepreneur Andleen, 45, and husband, Mansoor, live in KL with their  three children, age 14 to 10.

Originally from London, Andleen said that while they miss their extended family gatherings for iftar, they have all taken to the larger scale Ramadhan festivities in the Malaysian capital.

“KL has a much more vibrant feel during Ramadan,” Mansoor, who is a senior executive at an international bank.

“We love that the food bazaars are open for the month. We love the local food and the atmosphere. The best thing has to be the beautiful mosques in which we connect with the Creator. They are stunning and so tranquil to pray taraweeh in,” Mansoor adds.

This year, the family decided to join in the [email protected] event at Merdeka Square where thousands gather check out the food trucks, break fast together, and listen to religious sermons, Quranic recitations and devotional music.

“We truly enjoy Ramadan in KL as we feel part of the whole country celebrating this blessed month, and there’s a sense of belonging to the Muslim community,” says Andleen.

A new addition to an ancient diaspora

Yemeni teacher Hadeel, 36, is following in the footsteps of her ancestors who have travelled to Southeast Asia from Hadhramaut since as early as the 10th century.

In fact, Hadeel’s grandfather was a Hadhrami businessman who settled for a time in Indonesia and married a local wife, before deciding to return with her to Yemen.

Hadeel, who came to Malaysia for her Masters, remembers Ramadhans in Yemen as an equally happy time as it is in KL.

“We spent fun afternoons playing traditional games near the mosque compound with the other kids in our neighbourhood. Once the Azan starts, all the kids would run back home singing Ramadhan songs.”

In KL, Hadeel likes to meet up with local and international friends to break fast together.

Recently, Hadeel invited friends who are Peranakan Arabs, ie local Malaysians with Hadhrami roots, to join in an iftar meal hosted by a Hadrami family who recently moved to KL.

The highlight was sharing authentic Hadhrami cuisine, which her Malaysian friends had only heard of from family lore, such as harissa, a pasty mix of flour and lamb, and “bee hive” bread stuffed with cheese.

“As we get older, we understand that Ramadhan is about family. The people we love make these religious occasions more meaningful,” Hadeel says.

For Harun, 32, a Rohingya refugee, Ramadhan in Malaysia is a gift.

After life in Myanmar became too dangerous, Harun left for Bangladesh where he stayed at the refugee camps. The appalling condition there drove Harun to leave: he entrusted his fate to human traffickers and crossed the Indian Ocean to Thailand on a flimsy boat.

The traffickers were caught by the Malaysian border patrol, and Harun was allowed to remain in Malaysia.

“I am thankful to be in Malaysia where people do not discriminate much and they accept me, even as a refugee,” Harun says, although he worries about his family back in Myanmar, many of whom he has not heard from at all.
For the last six years, Harun has been celebrating Ramadhan in KL with his wife Farmin, another Rohingya who he met in Malaysia, and their two daughters.

On the first day of Ramadhan this year, the family broke fast with fresh watermelon juice to complement the main meal of dhanusa, a traditional Rohingya dish made from chickpeas, cucumber, crackers and rice, mixed with coconut oil and spices. 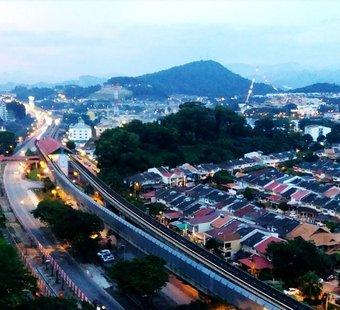 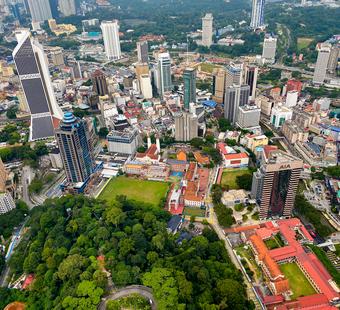