Evolution of Agriculture in the Malaysian Economy

TRX//MyCity
In-Depth
Evolution of Agriculture in the Malaysian Economy

In 1970, agriculture accounted for nearly 30 percent of Malaysia’s GDP. The percentage has steadily declined since, as the country has increasingly diversified into manufacturing and services.

Today, though no longer on top, agriculture along with fisheries and forestry, still accounts for 8.1 per cent or RM89.5 billion to Malaysia’s Gross Domestic Product (GDP). In less developed states such as Perlis and Sabah, agriculture’s share of GDP can be as high as 25 - 30 percent.

The continued vitality of the agricultural sector has been thanks to in no small part popular and successful land development schemes, such as the Federal Land Development Authority (FELDA), as well as the growth of large estate companies, like Sime Darby, which has ensured that agriculture continues to be a vital part of the Malaysian economy.

Palm oil continues to command relatively high international prices, sustained by high demand in both the food and non-food sectors, such as the burgeoning biofuels market.

Rubber remains a vital industrial product, and has been quadrupling in price over the last 10 years, with strong forecasts for the future.

Oil palm and rubber in Malaysia is also enhanced by the significant research facilities funded by both the state, such as the Malaysian Agricultural Research and Development Institute (MARDI), and those situated within the large estate companies.

These have produced a steady stream of vital new innovations over the years, enabling crop productivity and quality to be raised, costs to be reduced and ensure the country competes effectively on the international market.

The main challenges to the agricultural sector are rising wages, including in the home countries of foreign workers, making economic migration to Malaysia less desirable, as well as the growing scarcity of land.

There is a growing consensus in Malaysia to preserve woodlands thus making deforestation and estate expansion unpopular. Thus, the emphasis is already shifting towards intensifying production on existing areas.

The support of the government and the aforementioned research efforts will be vital in ensuring the success of this approach.

Another sector is also an area ripe for development, as the appetite for national food security has remained strong, fed by periodic price spikes in the rice market. Rice has remained largely, though not exclusively, the preserve of independent family-run smallholdings.

The official policies have focused on assisting these households to secure better livelihoods, and obtaining self-sufficiency in national rice consumption. However, as of 2012, only 71 percent of rice is being produced in Malaysia, while yields are still lower than rice produced outside the country.

Costs of production, on the other hand, are considerably higher. This locks many rice producers in a relatively unproductive agricultural system. Furthermore, as the gap between urban and rural incomes continue to grow wider, this decreases the desirability of continuing in rural rice farming when compared to migration to urban centres.

The efforts to use innovation to increase rice yields has been picked up by the Agriculture Minister, Datuk Salahuddin Ayub.

“If we look at (padi farmers in) Sekinchan, Selangor as well as several padi fields managed by Universiti Putra Malaysia and Universiti Malaysia Kelantan, the production has been enhanced with the assistance of technology and efficient human resources,” he said during an interview with Malaysia Hari Ini (MHI) to promote MAHA 2018.

Salahuddin said the usage of modern agriculture technology would increase the self-sufficiency rate from 70 percent to between 75 and 80 percent by 2023 and reduce the nation’s dependency on exported agriculture products.

The future is organic

On the other hand, the demand and supply for organic produce has grown in Malaysia. Though still a very small subsector of agricultural output, the industry has grown from a handful of farms in the 1990s to more than 1500 in 2012. As of 2014, 1700 hectares of farmland has been certified organic, producing fruits and vegetables.

Increasing nutrition awareness and wariness of pesticide use has fuelled this rise. A 2010 study by MARDI showed that 90 percent of Malaysian consumers were aware of organic products and associated it being natural, health and chemical-free. The same study showed that 53.8 percent of respondents had consumed organic produce in the last six months, with some doing so regularly.

The organic sector is worth RM20 million annually with demand expected to rise by 12.4 percent a year. 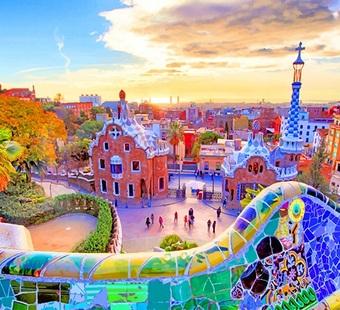