The Changing Face of KL Homes

By the 1980s, Kuala Lumpur’s economic and infrastructure development kicked in at a dizzying speed, and the urban population exploded.

Despite the more modernist sensibilities at this time, homes were still mainly constructed as houses, and even terrace houses often had a small plot of land attached.

“The modern houses built in the 70s have a minimalist design with basic geometrical forms shaping the buildings. Internally, there were clear boundaries between kitchen, dining and living rooms.

Towards the late 80s, homeowners and designers in Malaysia placed more consideration to tropical climate design, with more openings and airy spaces, as well as pitch roofs with large overhang. Internally, there was also a blurring of the boundaries between kitchen and dining spaces, sometimes with a combination of dining and living areas,” Malaysian Institute of Architects president, Ezumi Harzani Ismail told The Edge.

Today, housing design trends have moved forward in the face of increasing competition for space as urbanisation further intensified.

As of 2010, 70 per cent of Malaysia’s population lives in urban areas, making Malaysia the fifth most urbanised country in East Asia.

As a result, over the years, Malaysians’ need for space has evolved, from the desire for large open space in landed properties to the current rise of compact living, where residents prefer to live close to urban conveniences and public transport.

“The reality is that the houses in urban areas are getting smaller,” Ezumi notes.

Even 30 years ago, dense, vertical living was still an unusual concept in Malaysia. On top of the growing scarcity of land, lifestyle demands have also changed what kind of homes are popular.

“Preferences and tastes change. For instance, we see a demand from the younger generation for spaces more attuned with their fast-paced internet-driven life. Spaces have evolved from mere fulfilment of utilitarian basics to styles demanded by this young generation on the go,” Chris Yap, president of the Malaysian Institute of Interior Designers, shared with The Edge.

These preferences include the desire to have all the necessary elements of the good life within close and easy reach.

These newer types of mixed development neighbourhoods leverage on increased density to function as a one-stop centre for all he needs of the contemporary urban resident - transportation, employment, schools, health services, shopping and public spaces - that work together to enhance mobility, productivity, healthy living, active community interaction and the local economy.

Intensified urbanisation is a global trend, powered particularly by developing nations. By 2025, nearly 80 percent of the worldʼs urban population is estimated to be in developing countries, a majority of which in Asia.

With movement into urban areas occurring on a staggering scale of over 70 million people a year, some benefits of urbanisation have become clear. Overall, urbanisation has meant higher productivity and standards of living.

It also creates an opportunity for increased sustainability. As living spaces get more compact, resources – like fuel for travel or water use - can be better conserved and wastage reduced.

A study done by the University of Toronto showed a 70 percent decrease in greenhouse-gas footprints when the city redesigned their transportation, energy source and building management systems.

“Dense cities use less energy per person than more dispersed suburban equivalents. When you consider a city in relation to its larger region, the ecological footprint per person in a city may be significantly smaller than rural inhabitation, Jonathan D. Solomon, Director of Architecture (Interior Architecture) at the Chicago Art Institute explained to CNN.

“This fact pushes the city to the forefront of environmental sustainability.”

In TRX, aside from its seamless connectivity by mass rapid transit (MRT) and access to the city’s premier shopping, dining and entertainment districts, the residents will have a biodiverse environment, industry-leading sustainable water resource management, and shared spaces designed to maximise interaction.

The jewel is the TRX Central Park, a green space right in the heart of the city. Fenced off private space - such as the backyards of old - makes way for lush, green, well-designed public spaces that foster a sense of community.

“When it comes to private space, densification means reducing that, but it also means finding better ways to increase shared space. “It creates the fundamental sense of community when you mix different types of people in one place,” Solomon contends. 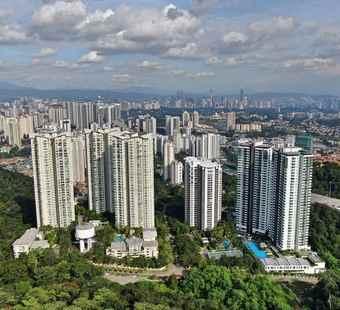 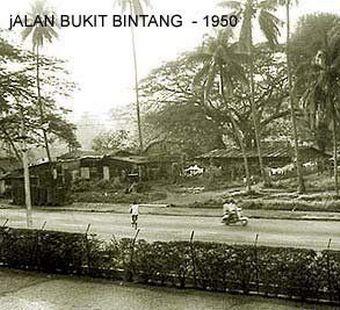