In the days of the creative economy, cities will thrive or sink on their ability to draw in the global creative talent, says international property consultancy Knight Frank.

In a recent Global Cities report, Knight Frank said that the modern Global City is no longer dependent upon machineries or materials, but the people, which will bring with it economic flexibility.

“The common message coming from the 34 Global Cities surveyed in this report is that the urban economy is increasingly people-centric. Whether a city is driven by finance, aerospace, commodities, defence, or manufacturing, the most important asset is a large pool of educated and creative workers,” it said.

Kuala Lumpur is one of the 34 global cities surveyed in the report.

Creative, highly educated workers from the so-called “iPhone generation” is in high demand, as the global economy shifted after companies like Apple and Samsung sparked a revolution in communications and gave birth to mould breaking companies such as Uber to AirBnB.

“This ‘generation’ is not characterised by age, but an adaptive, free thinking mindset. Firms want to lock in those individuals, with offices that match workers’ lifestyle and commuting needs,” the report said.

As a result, the modern Global Cities have increasingly become mixed-use, as the authorities strive to make the cities more interesting and relevant for new industries.

“The ‘war for talent’ has been a critical driver, with cities competing ever harder to nurture the right ecosystem to attract the best workers.”

The real estate industry now is playing keep up to adapt to the fluidity of its most coveted talent. The creative model of office space – open floor plates, efficient layouts, and high ceilings – has become commonplace in many new developments, with developers adding amenities and outdoor spaces. 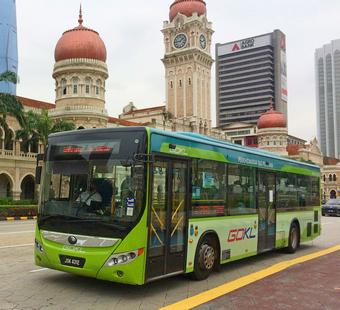