Through Bakat Muda Sezaman (BMS), or the Young Contemporaries Award (YCA), the National Art Gallery (NAG) has been the country’s premier platform to nurture young artists since the early 1970s.

One of YCA’s most successful alumnus is Slade School and Pratt Institute-trained Jalaini Abu Hassan, who has exhibited all around the world, including solo shows in Southeast Asia and the USA. Another previous winner, Eng Hwee Chu, is today one of Malaysia’s most prominent contemporary female artists. She has received numerous international accolades, including the prestigious Philip Morris ASEAN Art Awards.

Visionary and open to all

The YCA, inspired by the 'Young Contemporaries' exhibition in London in the 1960s, has evolved in the last four decades. Starting out as an invitation-only contest to just 13 young artists of the highest calibre in 1974, the following year the competition opened up to all young artists, whether formally trained or not.

In the 1980s, themed submissions were introduced, while the 1990s saw the inclusion of international judges from all over ASEAN. In the 2000s, as entries continued to pour in, YCA added a two-step judging process that has become its signature today.

“YCA is much anticipated by young artists as a way to take risks, learn and compare their creativity and skills with their peers,” Baktiar Naim, curator and co-ordinator for YCA 2019, said.

“It has always offered a platform for experimentation - of ideas, media and techniques - for young Malaysian artists,” he added.

By encouraging innovation, YCA has often handpicked talent ahead of the curve. For instance, in 1997, BMS awarded the top prize to a new graduate, Anne Samat, a fibre textile artist who had fought an uphill battle in the art industry due to her focus on weaving.

Anne remembers her shock at winning: “I really struggled as a young artist in KL. People here see weaving as an old village woman’s craft. They didn’t understand what I was trying to do – which was to elevate weaving into fine art.

“So I had no expectations of winning. I just thought maybe I could open some eyes with my work.

“Turns out YCA understood, and they chose me as the winner,” the artist explained.

Today, Anne is a highly successful artist. She has exhibited around the world, including in London’s prestigious Saatchi Gallery. This year alone, Anne was selected for a 3-month art residency in New York, exhibited her work in Norway and is in the midst of final preparations for a group show in Bangkok. She also came second among “the top 20 Asian artists to watch this year”, as selected by the Asian art collectors’ platform, CoBo.

This year, 44 entries were shortlisted from 168 submissions, with finalists displaying their work at NAG from 1 July to 30 September 2019. Artists showed broad and creative interpretations of Bebas (Free), a theme chosen perhaps as a nod to recent political changes.

The top prize went to Samsudin Abdul Wahab’s installation Rambu-Rambu Memori, a veritable self-portrait that encompasses a rustic recreation of his experience growing up in Kampung Selinging estuary.

Other notable works included Haffendi Annuar’s Member-member, depicting the KL cityscape and the sense of a shared relationship between city dwellers, and Wong Ming Hao’s visceral acrylic painting, Too Much, Not Enough, on the topic of our need to constantly change personalities depending on situations, especially in the age of social media.

First-time participant, Haris Rashid, debuted his installation Natural? at the YCA this year, which questioned whether humans are pushing boundaries or simply acclimating when redefining what is and isn’t natural.

“YCA is one of the most prestigious and recognised competitions in Malaysia. It has provided us with a new way of thinking about art, nudging the art scene towards what is possible,” said the 27-year-old founder of the art collective, Studio Mekar, who felt pushed to produce his best work at YCA given the opportunity to exhibit alongside the country’s best young talents.

Muid Latif, a cross-disciplinary graphic artist and frequent visitor to the YCAs was pleased to see an increase in installations and conceptual sculptures over the last few years: “I enjoy YCA because of its good curation and how it showcases the diversity of Malaysian artworks and talents.

“YCA is an inspiring platform that has helped open doors for new and emerging artists,” said Muid, who was the first Malaysian digital artist to perform a live digital art show with the Malaysian Philharmonic Orchestra in 2010. 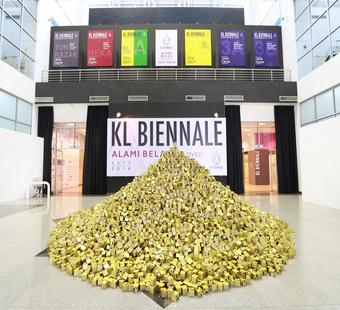 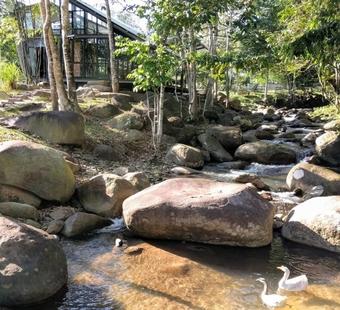