Every festive season in Malaysia is preceded by a battle of the advertisements, enjoyed by all citizens. The upcoming Hari Raya Aidilfitri, the biggest holiday in the country, is bound to serve up a smorgasbord of emotions and entertainment as advertising agencies, producers, popular brands, actors and talents compete to showcase their finest work.

The bar was set high in the heyday of the 1990s and early 2000s, with award-winning film director Yasmin Ahmad’s epic television advertisements for PETRONAS leading the way every holiday from Chinese New Year to Merdeka.

“The late Yasmin Ahmad’s content and narrative were particularly strong and compelling,” says Min Alaidin, who is in charge of User Experience at digital agency, Isobar Malaysia.

Min explains that the late director almost completely eschewed any brand or product placement in favour of masterful storytelling: “The use of relatable “real stories” and sometimes even real people creates an emotional bridge that touches millions of Malaysians, an audience that then eagerly anticipates her cinematic creations.”

Unsurprisingly, popular media portal says.com’s list of the 15 most memorable Raya ads was dominated by Yasmin Ahmad with eight entries, including the award-winning Forgiving from 2001.

Hisyam Muhammad, formerly an executive at a leading broadcaster, sees the lasting influence of Yasmin Ahmad in how a great Raya ad now functions like a mini film.

“There's character development, a relatable situation and a satisfying conclusion,” Hisyam says. “It's fun to watch, there's always something unexpected, and it looks cinematic. But instead of watching for 2 hours, it’s all contained in less than 5 minutes.”

PLUS’ Tumpang from 2019, which received 4.8 million views, and Nissan’s 2014 effort Atuk, chosen by the Malay Mail as one of the most touching Raya ads of all time, have both become classics in the genre of filmic advertising. Both have sophisticated plots which revolve around family and gratitude.

With the growth of online media, comedy has grown as a creative genre alternative to the classic tearjerkers made by large traditional companies with big budgets.

Last year’s Juara Hari Raya was one such online hit, garnering 1 million views at Lazada’s Twitter post. The competitiveness of two middle-aged women was amplified to ridiculous degree from a face-to-face standoff to hip hop freestyle rapping. The advert ends amicably as the matriarchs reminisce about their time growing up and ask forgiveness from each other, as is customary at Raya time.

Hisyam Muhammad explains why comedy is au courant: “Since more and more media is consumed on the phone during micro-moments (travelling, lunch breaks etc), I think it's harder to watch something heavy, so viewers are looking for something fun and happy instead.”

Che‘AZ, Head of TV and Digital Content at NU Ideativ Sdn Bhd - the company responsible for last year’s hilarious Konvoi Raya Epic that gained 6.6 million views on YouTube - credits 2016’s Baru Balik London as one of the most successful in the comedic genre that also inserted powerful social commentary.

The ad, also included in the says.com list, portrays a Malay man in a suit travelling home from the airport. Sporting a pretentious English accent, he refuses to speak Malay to the lady taxi driver. As she slams the brakes to avoid a cow on the road, the man accidentally cries out in his native Negeri Sembilan dialect. Unfazed, the driver, played by comedian Adibah Noor, responds with the same heavy English accent the man had used before.

"As a storyteller and producer, I’m always fascinated with people and their stories,” Che‘AZ says. “It’s easy to miss interesting things happening right in front of our eyes."

As we enter the second half of Ramadhan, a few early festive ads have started appearing. Almost all tackle the restrictions of celebrating under a semi-lockdown, such as Ribena’s reflections on how we take things for granted, and  Telekom Malaysia’s real-life homage to the heroes on the frontline.

Humour remains a popular choice as brands like Watsons (with its star-studded offering filmed completely from home), Vivo (Ke Sana Ke Sini) and Adabi (#AdabiRayaTetapRaya) find the funny side of celebrating without being able to balik kampung. Another latest ad released this week is the musical number by TNB Raya 2020 #SemangatRayaEpikFantastik. 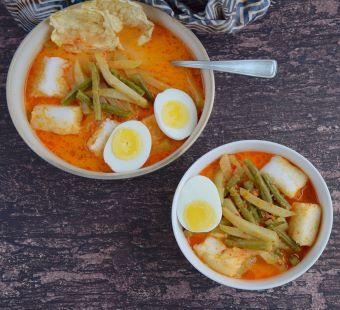