The Chow Kit, a boutique hotel

Sandwiched between the two parallel roads of Jalan Raja Laut and Jalan Tuanku Abdul Rahman, Chow Kit was named after the prominent businessman, tin miner and municipal councillor, Loke Chow Kit. Approximately 2.5km from KLCC, Chow Kit is easily accessible via public transportation making it a popular destination for both locals and tourists.

In the early 20th century, Chow Kit bustled with trade amongst its merchants and within its sprawling wet market. It remains a major commercial centre, home to lively and colourful markets, including the latest incarnation of its wet market established in 1955.

The Chow Kit Market is the largest wet market in Malaysia offering fresh produce and a variety of meat and fish at economical prices. There is also a dry bazaar section where fruits, vegetables, clothes, shoes and textiles are sold. Despite the rapid development of high-rise buildings and shopping malls throughout the capital city over the last twenty years, Chow Kit markets – including wholesalers and the Raja Bot vintage night market, known for used clothing items and accessories - have survived the test of time, serving as popular shopping destinations and a source of reliable income for the multiracial and multinational residents of the area.

Despite constant development, one house in Chow Kit remained for many decades, surviving the Japanese Occupation, the communist insurgency, Malaysia’s independence and rapid economic growth earning its name Rumah Degil or “Stubborn House”. The origins of the traditional wooden Malay house on stilts have been traced back to Sutan Puasa, believed by some to be the original founder of Kuala Lumpur.

Threatened by demolishment when it was sold in 2016, a team of private individuals and historians along with the National Heritage Department decided to save this last Malay house of Chow Kit. The house was then acquired, restored and reconstructed in the compound of the National Art Gallery, just 5km away from where it once stood.

The latest chapter in Chow Kit’s story has seen new properties with careful designs to blend in and enhance the area. An example is The Chow Kit, a boutique hotel under the Ormond Group, designed by the award-winning New York-based Studio Tack. Inspired by Chow Kit’s past, the hotel has noir-ish vibes with floor to ceiling windows, timber floors, thick fabrics and rugs, luxury linens, and a rooftop yoga and meditation pavilion. Just next door is a sister property, MoMo, a minimalist hotel featuring micro-rooms and an experiential space called “The Playground” for DJ parties, karaoke nights and shows.

With gentrification inviting a new wave of tourists and locals, Chow Kit has earned its place in the top twenty of NYT’s global travel list for 2020, which described it as the “gritty, underappreciated red-light district” which has received “a fresh dose of style and energy”.

This is true also for the other end of Chow Kit, the former nightlife strip known as Asian Heritage Row on Jalan Doraisamy, which has now been revitalized and renamed as The Row Kuala Lumpur. After massive refurbishment, The Row is now an enclave of eclectic restaurants, trendy cafes, hip stores, art galleries and event spaces.

Visitors are spoilt for choice. F&B ranges from the mouth-watering Nyonya cuisine of Limapulo, to healthy poké bowls at The Pokémist, to authentic Italian pizza at Pizzeria Dihyang to scrumptious cakes and third-wave specialty coffee at Tapestry or Common Ground. Shop at the weekend pop-up markets featuring unique independent merchants, take in live performances at Timbre, or check out events and art exhibitions at The Slate.

Further along Jalan Kamunting are new hotels, including Hotel Stripes which boasts a chic, French-inspired restaurant, Brasserie 25 or and a rooftop space, Man Tao Bar, with fantastic views of downtown KL. As with everywhere in Chow Kit these days, contemporary delights are just a stone’s throw away from traditional life; at the Row, just turn the corner and drop by Yut Kee, a Chinese coffee shop serving a delectable fusion of Hainanese and Western cuisine since 1928.

“I was surprised to see the new changes at The Row. It looks fresher and more hip than before,” says Lim Yee Ching, an engineer who recently dined at Limapulo.

Chow Kit today harmoniously combines the best of its storied past with the stylish attractions of the 21st century, bringing in a new generation of businesses and consumers to this unique corner of KL life. 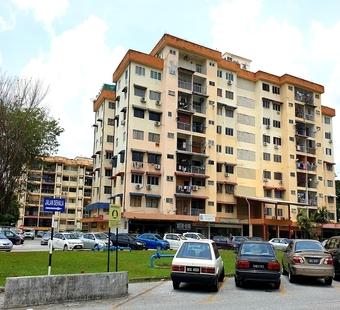 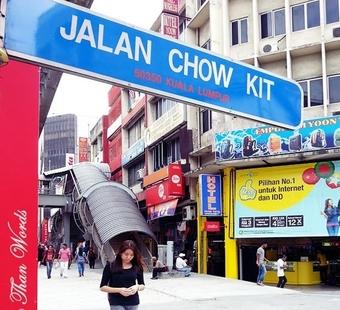 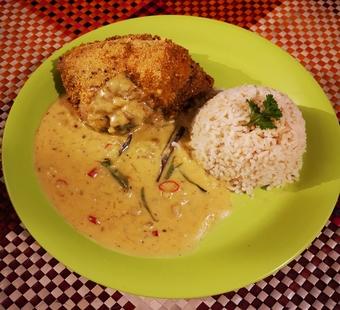 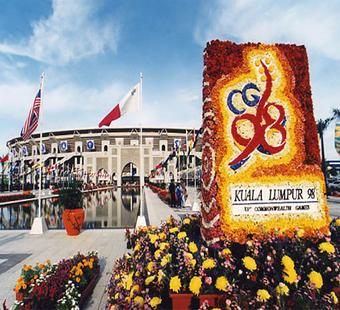